WHERE WE ARE & WHAT WE BUY

One of the focuses of being environmentally responsible and "green" is for businesses to source their supplies locally. The reason is simple, to conserve fuel and therefore minimize emissions by reducing trucking costs.

However, we believe there is another reason why it is a good idea and therefore a goal of ours to source goods locally. By now, we hope you know that we are a local company, started in St. Paul in 1975. You may have seen our table tees stating that the money you spend at DAVANNI'S stays in our communities. Well, that is not only true when it comes to the 1100 people who make up the DAVANNI'S family (some of whom are probably your friends and neighbors -- even family), but that good is multiplied many times over when you include the companies that we rely on for the products we use.

Take, for example, Jerry's Produce of St. Paul. Jerry's was our first supplier in 1975 and the partnership with Jerry Hurley and his family continues today, 33 years later. The fact that Jerry is blind probably helped us get credit initially, because he couldn't see how young we were at the time.

Or there's Burnett Dairy Coop in Grantsburg, WI. Many of the large cheese manufacturers in the mid-70's were controlled by Mafia money. Although it was more expensive, we believed that the mozzarella cheese produced by Gary Olson, the crafts people and dairy farmers/owners of Burnett was the very best. Our good taste has been confirmed not once, but twice since then, with Burnett's mozzarella cheese being named "Best in the World" in international competition.

There are dozens of stories like this when it comes to the partnerships forged between DAVANNI'S and our suppliers for over our 33 years of business. But the main story here is that DAVANNI'S was concerned with locally sourced goods (now considered "green") at a time when Al Gore was dropping out of law school and thinking of entering the ministry. Since that time, the dollars you have spent at DAVANNI'S have gone back into and impacted our community through the lives of thousands of DAVANNI'S employees and probably hundreds of thousands of our neighbors.

The map linked below pinpoints where over 90% of DAVANNI'S ingredients come from and where our food dollars are spent each month. It is locally sourced ingredients that we use to make the best pizzas and hoagies anywhere. 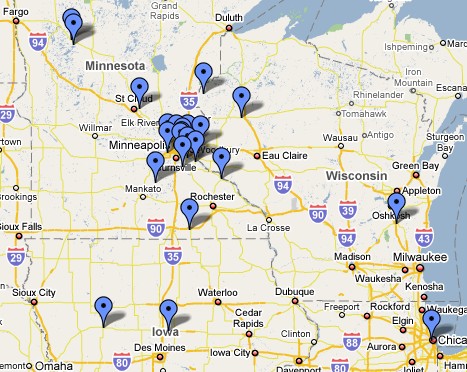